Should Christians Vote for the Lesser of Two Evils?

“Pretend with me that you’re an old German on your deathbed today. Would you rather tell your grandchildren, ‘I voted for the Nazis because they seemed better than the Communists and no other party could win’? Wouldn’t you rather be able to rise up and say, ‘I publicly denounced the Nazis and the Communists? We were a minority – 1 or 2 percent – but we stood up for the truth and we were right! We proved not all Germans were mindless torchbearers for tyranny! We were ridiculed, we were beaten and jailed, but we saved this nation’s soul. Now children, go and live your lives in a way to make me proud’?” — Vin Suprynowicz

“When Christians entangle themselves with the kingdoms of the world,
they become worldly in the very worst way.” — Pastor Gregory Boyd 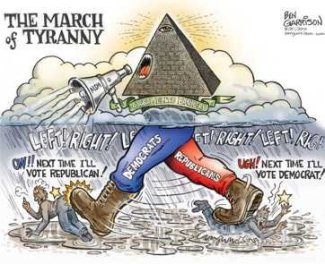 In every election, Christians are told that they have a duty to vote for the lesser of two “electable” evils.

There is nothing Christian about this.

Christians are not to choose between evils:

But what if the only electable parties are evil? Christians are not to do things just because the majority of the secular world does them. 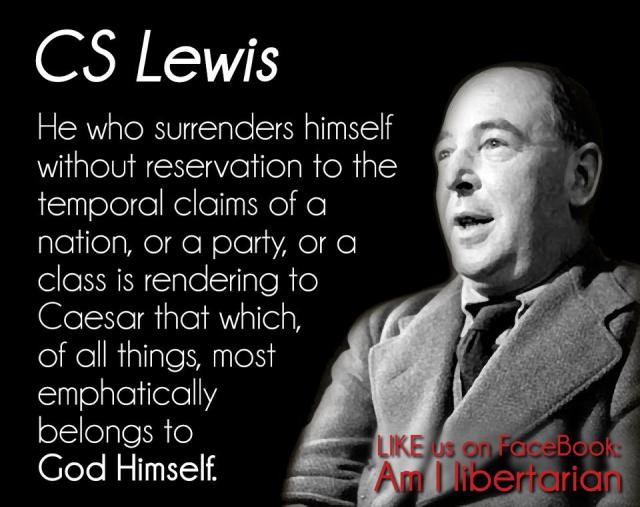 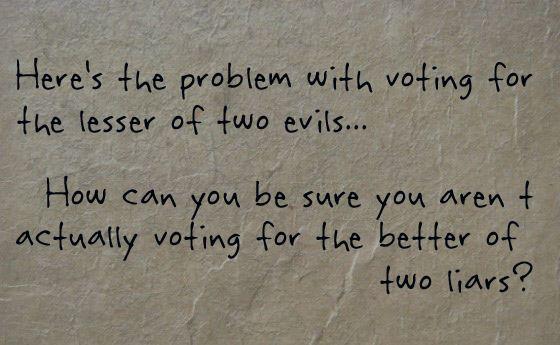 Jesus said that we shall know people “by their fruits“. To vote for Romney-Ryan as the “lesser of two evils” is to put your stamp of approval on, among other things:

Have you ever noticed that the most bloodthirsty warmongers in America are often the same people that absolutely INSIST that they are “pro-life”? Is it any wonder that God has allowed an Obama presidency? See Daniel 2:21.

Is this what Christians should promote? Is there anything here whatsoever that is Christlike? Does any of this reflect the fruit of the Holy Spirit? Shall we trade our birthright for a mess of political pottage? What shall it profit us if we gain the White House and lose our souls?

As Christians, our call is to serve from the bottom up rather than rule from the top down. We need to remember that our citizenship is in heaven and that our King rules over a kingdom that is “not of this world.” More than anything else, we need to look long and hard in the mirror, examine our own sins and hit our knees in repentance.

We need to fear God’s Judgment far more than we fear a second term of Obama. 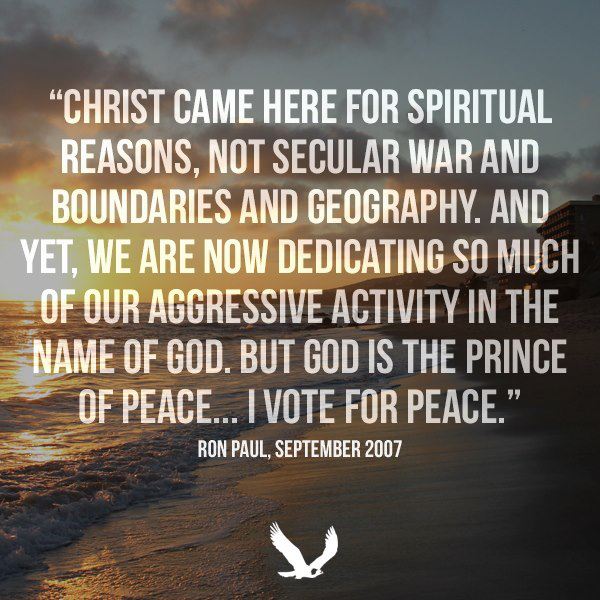 You had your chance. It just may have been your last. 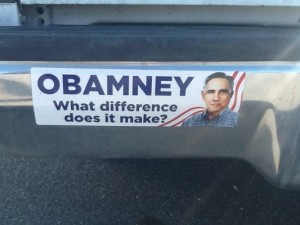 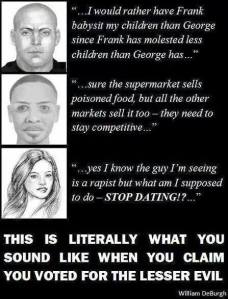 My name is Doug Newman. I live in Aurora, Colorado, just outside Denver. Food for the Thinkers is mostly about the connection between Christianity and libertarianism. Most Christians do not understand libertarianism. And most libertarians do not understand Christianity. Hopefully, this blog helps clear up those misunderstanding. Check out my old page at www.thefot.us And remember: When you let people do whatever they want, you get Woodstock. But when you let governments do whatever they want, you get Auschwitz.
View all posts by Food for the Thinkers →
This entry was posted in Uncategorized and tagged Bible, biden, Christianity, fruit of the spirit, Jesus, lesser of two evils, obama, romney, ron paul, ryan. Bookmark the permalink.

47 Responses to Should Christians Vote for the Lesser of Two Evils?