ROMNEY FOR PRESIDENT!!! … of Paraguay

Posted on September 2, 2012 by Food for the Thinkers

America never tires of lecturing other countries on the need for fair elections. From the Iowa caucuses to the RNC in Tampa, the race for the Republican nomination resembled something straight out of some such country.

The fix was in from the start. The whole game was rigged in favor of the regime.  Heads: the welfare-warfare-police state won; tails: we the people lost.

This article spells out in great detail the tactics used by the Republican establishment and the mainstream media to deny Ron Paul any chance at all of winning the Republican nomination.

As the smoke clears, rest assured this is not going to go over well with all those who were disenfranchised and left out in the cold, while the Republican establishment steals yet another election. Make no mistake about the fact that Ron Paul and all of his millions of supporters around the country are now likely to abstain from voting for Romney at all, even if that means losing the election to Obama. Although most are likely to turn their support in the direction of a Gary Johnson for instance, if Ron Paul ultimately decides not to run third-party.

If this is any indication of how Romney wants to govern America, then we are headed nowhere good.

And anyone who had a hand in getting Romney nominated – from the local precinct captain in Big Belch, Idaho to RNC Chairman Reince Preibus – deserves Obama! 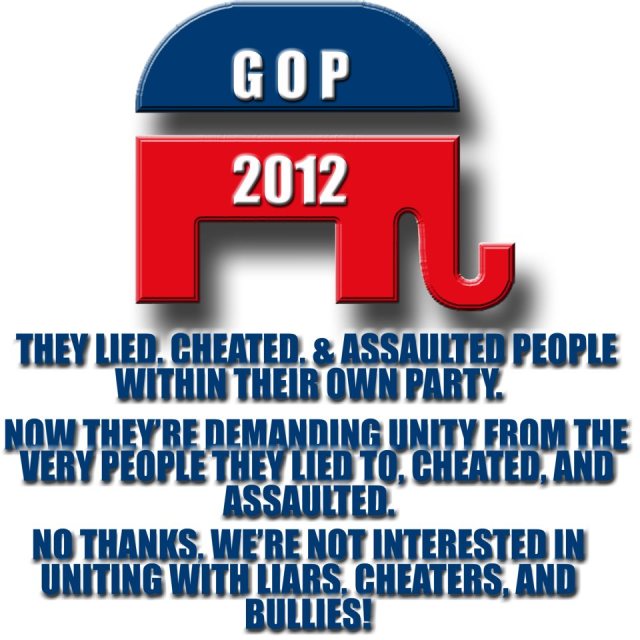 1 Response to ROMNEY FOR PRESIDENT!!! … of Paraguay