By Doug Newman – email me here.
Follow me on Facebook.
Posted at Reddit, Liberty Crier, Popular Liberty and A Call to Paul.
If you would like to post this elsewhere, please just link to this URL as I update my articles rather frequently. 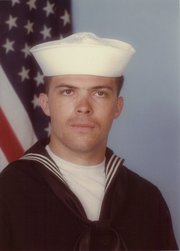 On the Friday just before Memorial Day in 1983, I graduated from Navy boot camp at the now-defunct Recruit Training Command in Orlando, Florida. I was going to be “keeping America free”. Or at least that is what everyone told me.

Herewith is a partial list of freedoms that Americans have willingly relinquished since I joined the Navy.

For a much more in-depth treatment of this issue, read this article!

And if you think that by “terrorists”, the powers that be are only talking about scary looking brown guys with names like Mahmoud and Omar, think again. Various federal documents identify 72 types of people as “potential terrorists”.

In every election, 98 percent of people vote to perpetuate this madness.

America’s freedom is not being “taken from us”. Instead, we are giving it away. Gladly!

Liberals are at least honest about their belief in big government.

Conservatives talk like Patrick Henry and then vote for people who govern like Bernie Sanders. They support wars for empire, wars on drugs, spying, torture, trade sanctions and embargoes, rogue cops and guilt without trial. They also support corporate bailouts, massive debts and deficits and look the other way when their presidents raise taxes and give us things like gun-free schools, No Child Left Behind and Medicare Part D. In other words, they have no objection at all to big, fat, ugly, four-dimensionally obese government when it advances their agenda.

They are bigger liars than liberals. And THAT is saying something.

The most popular Republicans have no problem with a full frontal police-state approach to the immigration issue. Donald Trump, a Republican,  supports universal healthcare, border walls, travel bans, very aggressive protective tariffs, tax increases by executive order, “red flag” gun confiscation, printing money to pay off the debt and doing things that were “unthinkable a year ago” to fight terrorism.

If this is “conservatism”, it makes absolutely perfect sense that so many radical in-your-face socialists are on the march from the Left.

Please don’t thank me for my service. Instead, look in the mirror and acknowledge your part in enabling tyranny in America. I did this in late 1991 and I walked off the two-party plantation in early 1992.

It has been said that when someone realizes they are honestly mistaken, they either stop being mistaken or they stop being honest. I am not morally superior to you or to anyone, but I stopped being mistaken. What are you, reader, going to do? 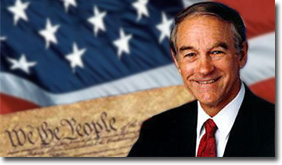 Start by thanking this guy.

I consider my true service to America to be my liberty activism over the last 25 years. And I haven’t done jack squat compared to a lot of people I can think of. Thank them before you thank me.

Rather, it comes from “we the people” and our insistence on electing the same people again and again. And it comes from our abject ignorance of our God-given rights.

If you insist on voting for the “lesser evil” – no matter how evil that may be – because of “electability”, don’t be surprised when God lets so much evil run amok. To quote the old Toyota jingle, you asked for it and you got it. If you like the “lesser evil”, why don’t you love the greater evil? In 2016, 96 percent of voters chose either Hillary Clinton or Donald Trump, i.e. chose perpetual war as well as MASSIVE additional intrusions on our personal and economic liberty. 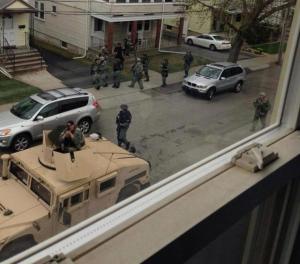 It IS happening here. Free-DUMB!

We know everything about the latest bit of election gossip and nothing about how the Bill of Rights applies to us at a traffic stop or when we are called to serve on a jury. We think that tyranny “can’t happen here.”

It CAN happen here. It IS happening here. It was happening long before anyone ever heard of the current president. And it is all happening with our blessing. Every last contemptible bit of it. If there ever was a people who got EXACTLY the government they deserve it is the American people in 2018.

Liberty is a gift from God, not the military. The duty of the military is to defend the borders, shores and airspace. It cannot defend our liberty. That is our job.

There is no more vile form of disrespect to our sailors, soldiers, airmen and marines than to send them all over the world “to fight for our freedom”, where no threat exists, while at the same time giving away that freedom here at home.

My name is Doug Newman. I live in Aurora, Colorado, just outside Denver. Food for the Thinkers is mostly about the connection between Christianity and libertarianism. Most Christians do not understand libertarianism. And most libertarians do not understand Christianity. Hopefully, this blog helps clear up those misunderstanding. Check out my old page at www.thefot.us And remember: When you let people do whatever they want, you get Woodstock. But when you let governments do whatever they want, you get Auschwitz.
View all posts by Food for the Thinkers →
This entry was posted in Uncategorized and tagged Constitution, memorial day, navy, ron paul, Veterans Day. Bookmark the permalink.