“But Bloomberg’s a Businessman”

Posted on January 2, 2014 by Food for the Thinkers

This was what Romney supporters told us in 2012 when they tried to convince us that the guy who brought the health mandate to Massachusetts really was the polar opposite of Obama. He was a “businessman”, so he would fight tyranny if elected, right?

Well, when Michael Bloomberg first ran for mayor of New York in 2001, he, too, ran as a Republican. And he was a phantasmagorically successful businessman, who amassed a net worth of $31 billion.

Here is a list of things he banned while in office. 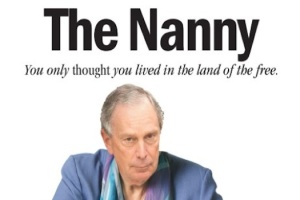 Other successful businesspeople include: Ted Turner, Larry Flynt, Colorado Governor John Hickenlooper and all the Wall Street and auto industry executives who have taken bailout money. Do you want any of them as dog catcher, let alone president?

My name is Doug Newman. I live in Aurora, Colorado, just outside Denver. Food for the Thinkers is mostly about the connection between Christianity and libertarianism. Most Christians do not understand libertarianism. And most libertarians do not understand Christianity. Hopefully, this blog helps clear up those misunderstanding. Check out my old page at www.thefot.us And remember: When you let people do whatever they want, you get Woodstock. But when you let governments do whatever they want, you get Auschwitz.
View all posts by Food for the Thinkers →
This entry was posted in Uncategorized and tagged bloomberg, new york, obama, romney. Bookmark the permalink.