Where were you on the morning of September 11, 2001 when you heard The News?

I was finishing breakfast and listening to Peter Boyles on KHOW 630 in Denver.  I vividly remember him interrupting the conversation and saying something like “We have just received word that an airplane has crashed into one of the World Trade Center towers in New York.”

I turned on the TV set and saw a massive cloud of black smoke emanating from near the top of the first tower. And then – WHAM! – the second tower was hit. I couldn’t pull myself away. I called my boss and told him I was just going to be a few minutes late getting to work.

“This is not a normal morning,” I said. He understood.

From that evening onward, I started asking questions.

However, I persisted in wanting to believe that it was an external terrorist attack until the early part of 2006, when the following video of the attack on the Pentagon was released. And then it all came tumbling down, if you will.

There are numerous other unanswered questions. This person compiled a list of 500 questions about 9/11.

You need to question absolutely everything your government tells you! This includes departments and presidents that you like.

Speaking of holes: they want us to believe that a plane with a 122-foot wing span flown by a raw amateur made a whole only 40 feet wide in the Pentagon wall.

Assuming the worst – inside job! – why would the feds commit such a hideous crime against their own people? I have long believed that there are two governments in this country: the one you see and the one you don’t see. And it is the latter that really runs things. You can read this book online in a few hours. It is a great little primer on the subject.

This shadow government has been plotting for over a century now to bring down America by undermining its political, economic, social and religious institutions. They wanted three things: a police state domestically, war abroad and the death of the dollar. They have gotten the first two and will probably get the third in the next few years.

Both Herman Goering and James Madison knew that if you just drum up enough fear about a foreign enemy, you can convince people to relinquish their liberty. Since 9/11, the American people have accepted unthinkable intrusions on their liberty in the name of security. There has been only minor public resistance to the sexual assault and pedophilia that are now conditions of travel in the United States. Lew Rockwell has pointed out that neither the Nazis nor any communist regime ever claimed the power to feel up their subjects.

If you are so devoid of self-respect that you welcome having yourself and your children sexually violated as a condition of movement, you will allow your government to do absolutely anything! 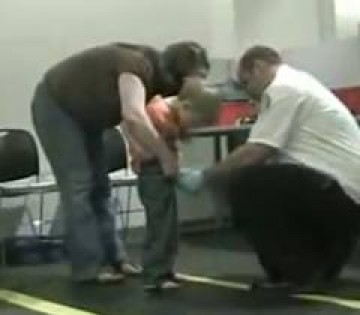 They hate our freedoms.

And, no, TSA does not protect anyone. You don’t need to smuggle a bomb onto a plane in order to kill a lot of people. You could do this far more easily by detonating a bomb in an airport terminal, stadium parking lot, etc.

Even if the official 9/11 story is true, it was not grounds for war. It was an attack, not a military invasion. The proper, moral, constitutional response to terrorism is a letter of marque and reprisal, which is a warrant to go after the specific perpetrators. Identify the perps, track them down, apprehend them and try them subject to the protections of the Bill of Rights. Since it is wrong for foreigners to kill innocent Americans, it is just as wrong for Americans to kill innocent foreigners.

Since 9/11, America has started wars in Afghanistan, Iraq, Libya and – let’s be honest – Pakistan. We are attacking Yemen and Somalia with predator drones, and we are threatening war with Syria and Iran. The price tag for this is several trillion dollars. We cannot afford it. This, along with absolutely heedless spending on social programs, makes up what I call The Big Bleed on the American economy.

Major General Smedley Butler served in the United States Marine Corps for 33 years. Twice, he was awarded the Congressional Medal of Honor, the highest decoration an American serviceman can earn. When it was all said and done he wrote a profound essay entitled “War is a Racket.”

He wrote: “A racket is best described, I believe, as something that is not what it seems to the majority of the people.” The War on Terror is just this.

The two most expensive things a government can engage in are welfare and warfare. The left loves welfare and the right loves warfare. And while they talk differently and appeal to different fan bases, neither knows any restraint on in its spending in either area. Is there a Zimbabwe in our future?

Outside a public toilet in Zimbabwe. Their money is that worthless. Could such a scenario be in store here?

Whoever wins the election of 2012 will very probably preside over the demise of the dollar. Moreover, they will know this before they assume office.

Does daring to question the official story on 9/11 make me a blithering nut job a la Rosie O’Donnell? If you think it does, what is your point? The Klintons and Obomber believe the official story, just like The Decider and Deferment Dick Cheney.

I would invite you to visit www.patriotsquestion911.com. It features interviews with well over 3000 pilots, military veterans, intelligence officers, policemen, firemen, first responders, medical professionals, architects, engineers, survivors and family members of those who perished on that horrible morning – i.e. people with skin in the game – who don’t buy the official story. Also go to www.rememberbuilding7.org.

Malcolm Muggeridge, the late great British journalist, one remarked that people believe lies not because they have to, but because they want to. We seek security in all the wrong places. Too many Americans just cannot believe that their government – or at least their party – would lie to them. 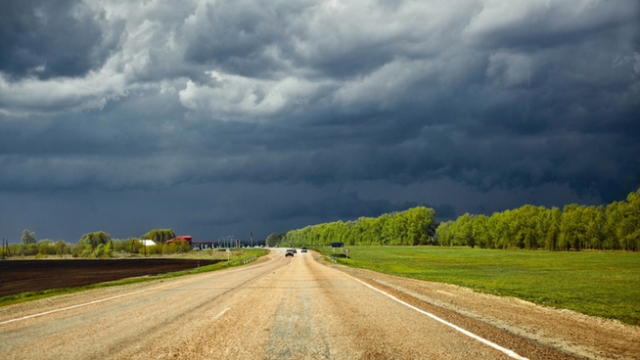 “… ye can discern the face of the sky; but can ye not discern the signs of the times?”
Matthew 16:3

We believe oh so arrogantly that ours is an “exceptional nation” and thus exempt from the laws of history and from God’s Judgment. Hitler did not come to power in some Third World stink hole, but rather in a nation so sophisticated in so many ways. And he did so because the German people were absolutely desperate for a political savior that they allowed him to do whatever sounded good.

The Bible prophesies – Revelation 18 – of an absolute economic colossus that was rendered worthless in a matter of an hour. Is God talking about America here? I think so.

This September 11, by all means mourn the tragic loss of life that happened on 9/11/01. However, don’t buy into endless deluge of lies put out by the government and its sock puppets in the press and – tragically – the pulpits.

What truly ails this country will not be fixed by a new president, congress and courts. Nor will it be fixed by bombing the crap out of countries all over the world. True national healing will only come about if enough of us humble ourselves before our Maker, repent of our multitudinous sins, and turn from our wicked ways.

“If my people, which are called by my name, shall humble themselves, and pray, and seek my face, and turn from their wicked ways; then will I hear from heaven, and will forgive their sin, and will heal their land.” – II Chronicles 7:14

Dear Lord, let this humbling and repentance begin with me. 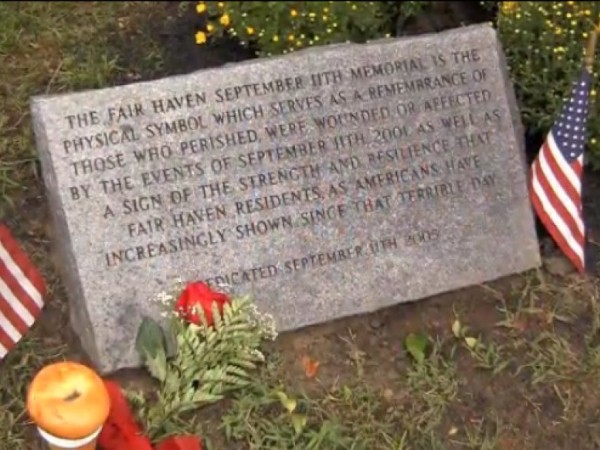 From my hometown in New Jersey. Credit: Rumson-Fair Haven Patch

My name is Doug Newman. I live in Aurora, Colorado, just outside Denver. Food for the Thinkers is mostly about the connection between Christianity and libertarianism. Most Christians do not understand libertarianism. And most libertarians do not understand Christianity. Hopefully, this blog helps clear up those misunderstanding. Check out my old page at www.thefot.us And remember: When you let people do whatever they want, you get Woodstock. But when you let governments do whatever they want, you get Auschwitz.
View all posts by Food for the Thinkers →
This entry was posted in Uncategorized and tagged 911, afghanistan, al-qaeda, bin laden, bush, cheney, conspiracy, freedom, iraq, islam, obama, Patriot Act, pentagon, police state, politics, shanksville, terrorism, tyranny, war, world trade center, wtc7. Bookmark the permalink.