September 14, 2001: The Day the President Became a Dictator

“… dictatorship means nothing else but this — Power without limit, resting directly upon force, restrained by no laws, absolutely unrestrained by rules.” – Lenin 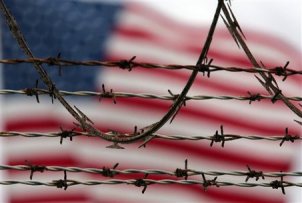 On September 14, 2001, the American president became a dictator. It was on this day that the House voted 420-1** and the Senate voted 98-0 to pass the Authorization for Use of Military Force (AUMF) in response to the 9/11 attacks.

It is a very short document – 364 words. You can read it here. The most important paragraph is as follows: “That the President is authorized to use all necessary and appropriate force against those nations, organizations, or persons he determines planned, authorized, committed, or aided the terrorist attacks that occurred on September 11, 2001, or harbored such organizations or persons, in order to prevent any future acts of international terrorism against the United States by such nations, organizations or persons.” 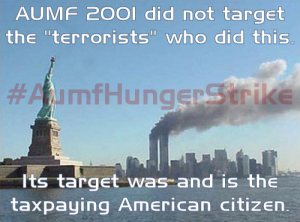 Under the AUMF, all the president has to do is “determine” that a nation, organization or person had a part in 9/11. He can then initiate force against them. If this is not  enabling a dictatorship, then what is it?

If the president determines that you, reader, had a hand in 9/11, he can “use all necessary and appropriate force” against you. And he can do it in the name of “national security” of course. How secure do you feel now?

The AUMF cites the 1973 War Powers Resolution as its “specific statutory authorization”. Well, what about the Constitution, which requires that Congress declare war?

I hear the train a-coming:

You never know who could be a terrorist. 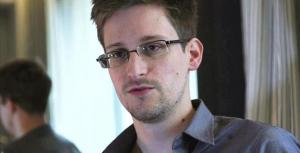 He blew the whistle on Uncle Sam and got asylum in Russia. Imagine that happening 25 years ago!

* These two lines are not entirely mine. I wish I knew who said them first.

** The sole dissenting vote was Rep. Barbara Lee (D-CA) In the words of Gordon Lightfoot, heroes often fail. Yes, Ron Paul voted in favor of this. Nobody is perfect, not even Ron Paul. Perhaps, he was caught up in the passions of the moment. Perhaps he was too trusting that Bush would only use the AUMF to go after Bin Laden. In either case, it is to his everlasting credit that he voted against just about everything that was done in the name of the AUMF, and did more than anyone else to educate the people about the evils of endless war and all the assaults on liberty that go with it.
~~~~~~~~~~~~~~~~~~~~~~~~~~~~~~~~~~~~~~~~~~~~~~~~~~~~~~~~~~~~~~~~~~~~
Also, please know that I do not buy the official story on 9/11. Even if that story is true, however, the official response is still absolutely preposterous. 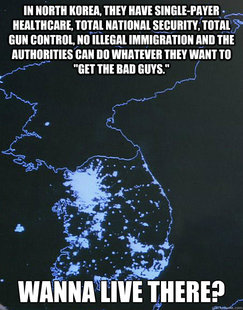 My name is Doug Newman. I live in Aurora, Colorado, just outside Denver. Food for the Thinkers is mostly about the connection between Christianity and libertarianism. Most Christians do not understand libertarianism. And most libertarians do not understand Christianity. Hopefully, this blog helps clear up those misunderstanding. Check out my old page at www.thefot.us And remember: When you let people do whatever they want, you get Woodstock. But when you let governments do whatever they want, you get Auschwitz.
View all posts by Food for the Thinkers →
This entry was posted in Uncategorized and tagged 911, afghanistan, aumf, bush, Constitution, declaration of war, fourth amendment, iraq, islam, libertarian, liberty, NSA, obama, Patriot Act, police brutality, police state, ron paul, russia, second amendment, security, snowden, syria, terrorism, tyranny, war. Bookmark the permalink.

7 Responses to September 14, 2001: The Day the President Became a Dictator