Will Trump’s Border Wall Be Used to Keep Americans from Leaving?

By Doug Newman – email me here
Here I am on Facebook.
If you would like to post this elsewhere, please just link to this URL as I update my articles frequently. Thanks!

Conservatives are just like the liberals they insist that they diametrically oppose. They are in total denial about the real-world implications of their favorite government activities.

Republican frontrunner Donald Trump wants to build a wall along the Mexican border to keep people from entering the country illegally.

Does anyone seriously think that this is all the proposed wall be used for?

All government activity begins with someone’s good – or what they want us to think is a good – intention. And it always grows far bigger and uglier with time.

The original income tax had a top rate of 6 percent. The bottom rate of 1 percent was only imposed on incomes of $20,000 per year – which was A LOT of money in 1913. As of 1940 only 10 percent of Americans were subject to it. Look at the monstrosity it is now!

The same wall that would be used to keep Mexicans from entering illegally could very easily be used to keep the American people from leaving – you know like in East Berlin or North Korea. The border guards would just need an about-face and point their guns at us.

And if Uncle Sam could successfully appeal to our fears to seal the southern border, why could he not do likewise with the northern border and the coastlines. Look what not just Trump, but other candidates as well, have proposed.

But that couldn’t happen here, you say.

Think again. Consider what the American people have signed off on since 9/11:  putting entire cities on lockdown, warrantless searches and spying, the suspension of habeas corpus, sexual assault as a condition of travel, indefinite detention without any semblance of due process, severe restrictions on peaceful protest and surveillance drones in our skies watching our every move. And don’t dare think for a minute that we won’t accept internal passports as well as predator drones in domestic law enforcement, as there are already precedents.

And if you think that “terrorists” only means scary looking brown guys with names like Mahmoud and Omar, think again. Various federal documents identify 72 types of people as “potential terrorists”.

And look at the list of freedoms the American people have given away in the last 30 years.

And consider that all 10 policy planks of the Communist Manifesto have been part of the law of the land in America for most of the last century.

Uncle Sam did not take away our freedom. The American people gave it away.

H.L. Mencken had this to say: “The whole aim of practical politics is to keep the populace alarmed — and thus clamorous to be led to safety — by menacing it with an endless series of hobgoblins, all of them imaginary.”

Tyrants always create bigger problems than they solve. Tyrants always appeal to fear. Trump is a wannabe tyrant – just like all the surviving presidential candidates. And he is appealing to fear in order to do the most un-American thing imaginable. 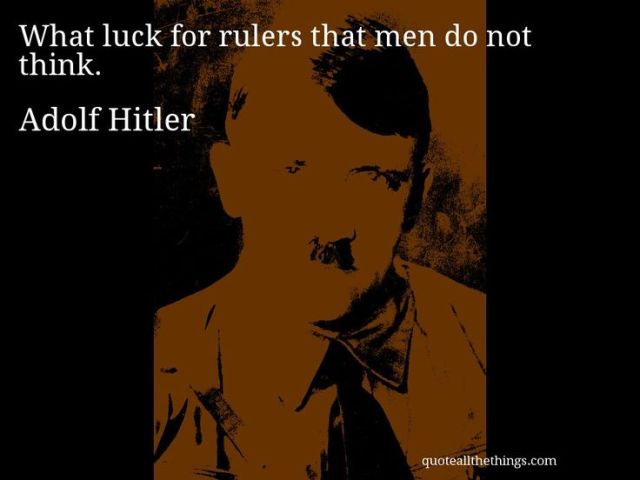 Authors note: After I posted this, I did a little research. Although it has not been that well publicized, Ted Cruz and Marco Rubio have expressed support for a border wall. Here are Hillary’s comments. Bernie Sanders may not want a wall, but once his economic reforms are fully in place, Americans will leave in far greater numbers.

My name is Doug Newman. I live in Aurora, Colorado, just outside Denver. Food for the Thinkers is mostly about the connection between Christianity and libertarianism. Most Christians do not understand libertarianism. And most libertarians do not understand Christianity. Hopefully, this blog helps clear up those misunderstanding. Check out my old page at www.thefot.us And remember: When you let people do whatever they want, you get Woodstock. But when you let governments do whatever they want, you get Auschwitz.
View all posts by Food for the Thinkers →
This entry was posted in Uncategorized and tagged border wall, immigration, Mexico, Trump. Bookmark the permalink.

3 Responses to Will Trump’s Border Wall Be Used to Keep Americans from Leaving?