TSA: What WON’T You Let Your Government Do to You?

It is mid-afternoon on the Wednesday just before Thanksgiving. Some jerk walks into the Atlanta airport, gets his boarding pass and makes his way to the mini-North Korea known as TSA. He hands the blueshirt his boarding pass and driver’s license. He then reaches into his carry-on bag, presses a button and – KABOOOOOOM!!!!!! – kills 2000 people. 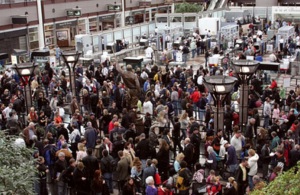 At the same moment, two other jerks are doing the exact same thing at O’Hare and DFW as part of a co-ordinated attack. And not only have more people just died than died on 9/11, but America’s three largest aviation hubs have just experienced massive destruction and air travel everywhere has been severely interrupted.

TSA does not keep you safe. Period.

However, the American people persist in the notion that it does. And they will tolerate endless violations of their civil liberties and physical bodies in the name of Schutz und Sicherheit. 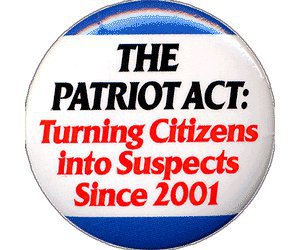 It all started shortly after 9/11 with the passing of the Patriot Act, which ushered in numerous violations on our Fourth Amendment protections against unlawful search and seizure. And most people supported it because, after all, we had to “go after the terrorists.” And, hey, we had to give up our liberty for a time until the crisis passed.

I have to confess that I acquiesced in this for a very short time. Like so many millions of others, I was caught up in the passions of the moment.

But then I started asking: now that the camel’s nose is under the tent, what else are they going to do? And, more importantly, how much more will the American people accept?

Apparently, there is no limit here.

Will we routinely accept the violation of our physical bodies in the name of safety and security? It turns out that we have.

The Nazis didn’t do it. No communist regime ever did it. Yet, in the “land of the free”, being felt up in order to prove one’s innocence is now a condition of travel. 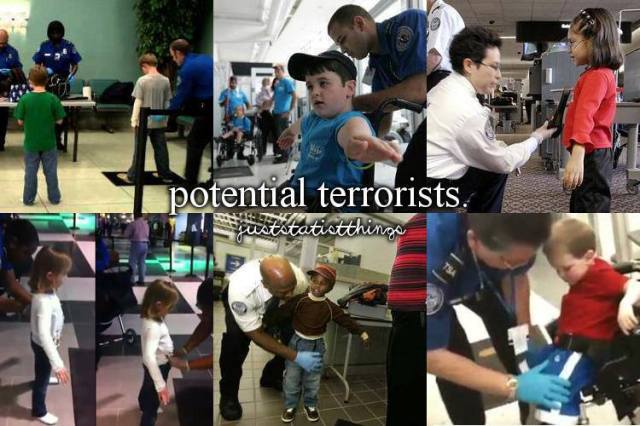 And if you will let the authorities photograph you naked and feel you up, why wouldn’t you let them violate you even further?

Would you let them catheterize you, like these central Utah police did when looking for marijuana?

Would you let them draw your blood? Read what is happening in Tennessee, Texas and Oregon.

Would you submit to cavity searches, such as those performed in Milwaukee and in Deming, New Mexico?

Would you let them slit your throat and kill you? Police did just this on a drug bust in Huntsville, Alabama. And just as TSA has never caught a terrorist, the cops in this case found no drugs.

“But …… but …… but, they were looking for terrorists and drugs.” 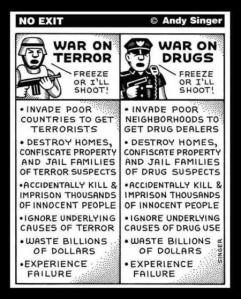 The wars on drugs and terror are just like any other type of federal overreach. Both come clothed in somebody’s good intention. Both are sold to us in the name of some Higher Good. They always grow bigger and uglier with time. And they always create bigger problems than those they were intended to solve.

Even more dangerous is a populace that feels protected by such a government. Obama is too good for such a people.

My name is Doug Newman. I live in Aurora, Colorado, just outside Denver. Food for the Thinkers is mostly about the connection between Christianity and libertarianism. Most Christians do not understand libertarianism. And most libertarians do not understand Christianity. Hopefully, this blog helps clear up those misunderstanding. Check out my old page at www.thefot.us And remember: When you let people do whatever they want, you get Woodstock. But when you let governments do whatever they want, you get Auschwitz.
View all posts by Food for the Thinkers →
This entry was posted in Uncategorized and tagged drugs, police state, terrorism, tsa. Bookmark the permalink.

14 Responses to TSA: What WON’T You Let Your Government Do to You?