All Deaths Matter and So Does Economics

When logic and proportion have fallen sloppy dead.
– Jefferson Airplane

Politics has always brought out the worst in people. However, things have descended to a new low in the age of COVID-19.

It is not just about being nasty with people who disagree with you anymore. It has become not just acceptable, but downright fashionable in recent months to ABSOLUTELY INSIST that COVID-19 will be worse than the bubonic plague, and to abuse, bully, crush, humiliate and pulverize any capitalist roader who raises even the slightest objection whatsoever to crashing the economy, putting millions out of work, and shredding the Bill of Rights. Call it Corona Derangement Syndrome.

The official explanation is that this was necessary to protect people from COVID-19. Really? Then why didn’t the powers that be shut everything down during any of the other epidemics that periodically come to our shores?

And if this was oh so necessary, why don’t our benevolent overseers that be shut everything down for 3 months each year in order to protect everyone from the flu? After all, anywhere from 20,000 to 80,000 die from flu each year.

I mean, like, it sure sounds good. Just think of the lives it would save!

About 38,000 Americans die each year in car crashes. Why not implement a nationwide maximum speed limit of, say, 20 miles per hour?

Doing any of these would collapse the economy permanently. And life expectancy would plummet.

Recently, the UN warned that famines of “biblical proportions” could happen because of the economic collapse and that 130 million people could be pushed to the brink of starvation.

But, no. You had to crack whips on people to strictly limit business hours or even close businesses altogether, to stay at home, not gather in groups of more than 10, stay 6 feet apart from anyone else, wear masks, take vaccines, blah, blah, blah. It got very tiresome very fast.

The laws of economics are like those of physics. You are free to ignore them, but you are not free from the consequences of ignoring them.

And so does economics.

Is this what air travel will look like in the “new normal”? Please note that this article is from Forbes & not Infowars or some such site. 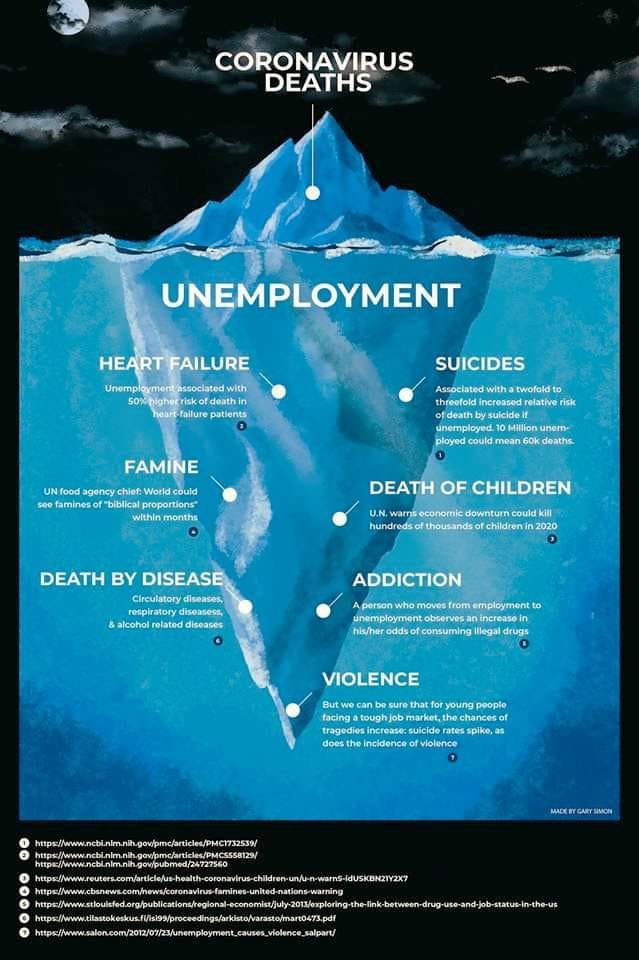 5 Responses to All Deaths Matter and So Does Economics