Cops Have to Do What They Have to Do. And if a Person or a Dog Dies, So Be It.

This word comes to mind as a result of two tragic stories I have read recently.

In 2009, Wayne Ables of Cordova, Tennessee, was pulled over for expired tags by Deputy Micah McNinch of the Shelby County Sheriff’s Department. Ables was driving his 83-year-old mother to the hospital as she was having severe difficulty breathing.

McNinch called for an ambulance. According to this article: “After 11 minutes, the emergency vehicles arrived. The driver had pleaded with the officer to escort them to the hospital a mere five minutes away.”

McNinch was suspended by the sheriff’s department for one day without pay.

Last Wednesday, at the corner of 21st Avenue and Federal Boulevard in northwest Denver, Harley, a 14-year old Labrador mix was hit by a car. This happened at 8:30. At 8:45, police called Animal Control, who did not arrive on the scene until 10 p.m.

In the meantime, while the cops just stood there and watched, Harley died.

Ross Knapp, a neighbor who tried to help the suffering and dying dog, was threatened with arrest.

Read what Harley’s owner had to say here. And also read here.

The risks we run when we entrust human and animal life to the state are often fatal. The police are the most dangerous segment of the state. And they do not even have to shoot a person or animal for their actions to bring about death.

And if you think the state truly cares about human or animal life, I leave you with this. 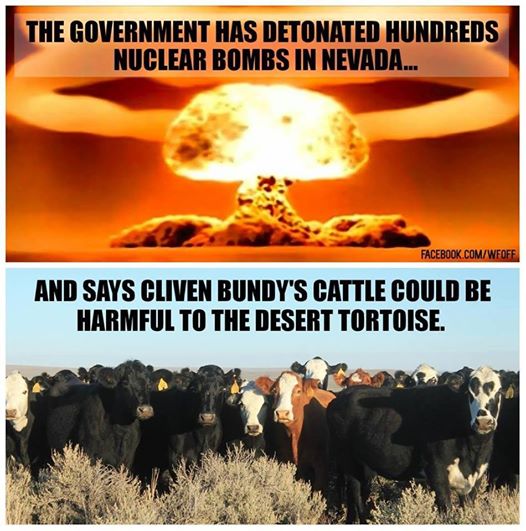 My name is Doug Newman. I live in Aurora, Colorado, just outside Denver. Food for the Thinkers is mostly about the connection between Christianity and libertarianism. Most Christians do not understand libertarianism. And most libertarians do not understand Christianity. Hopefully, this blog helps clear up those misunderstanding. Check out my old page at www.thefot.us And remember: When you let people do whatever they want, you get Woodstock. But when you let governments do whatever they want, you get Auschwitz.
View all posts by Food for the Thinkers →
This entry was posted in Uncategorized and tagged ables, bundy, denver, dog, harley, hospital, mcninch, police, tennessee, ticket. Bookmark the permalink.

1 Response to Cops Have to Do What They Have to Do. And if a Person or a Dog Dies, So Be It.