Bush 43 gave us
• A budget $1 trillion larger than Bill Clinton’s last budget
• $5 trillion in new debt
• No Child Left Behind
• Medicare Part D
• Unprovoked war (All that was necessary after 9/11 was a letter of marque and reprisal.)
• Warrantless searches and spying
• TSA
• Torture
• Rogue police
• Guilt without trial

Indeed, if you liked Bush 43 you ought to love Obama. 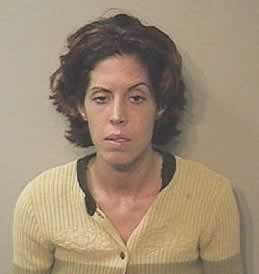 It is not just Obama and Clinton groupies who conveniently ignore the facts about the presidents they like. It is Bush groupies as well. Jeb Bush, 43’s brother, is now being seriously touted for the Republican nomination for president in 2016. He is a chicken hawk who supports Common Core and whose daughter was busted for crack possession.

But this is all lost on legions of Bush groupies across America. All they care about is the fact that his name is Bush and that he is not Hillary.

If this is all they truly care about, why wouldn’t they just get behind nominating Jeb’s daughter Noelle, the one busted for crack possession? She fits their two key criteria.

My name is Doug Newman. I live in Aurora, Colorado, just outside Denver. Food for the Thinkers is mostly about the connection between Christianity and libertarianism. Most Christians do not understand libertarianism. And most libertarians do not understand Christianity. Hopefully, this blog helps clear up those misunderstanding. Check out my old page at www.thefot.us And remember: When you let people do whatever they want, you get Woodstock. But when you let governments do whatever they want, you get Auschwitz.
View all posts by Food for the Thinkers →
This entry was posted in Uncategorized and tagged bush, hillary clinton, jeb bush, noelle, obama. Bookmark the permalink.