“For they have sown the wind, and they shall reap the whirlwind” – Hosea 8:7

Jews from Hungary arrive at Auschwitz.

Although I didn’t know it until I was 15, I am a quarter Jewish. My great grandparents, Jacob Newman and Regina Moskowitz, were Hungarian Jews who immigrated to America sometime around 1880. I would imagine that some distant relatives whose names I will never know perished in the Holocaust. Hence, I start to squirm whenever the powers that be want to categorize people by race or, indeed, any arbitrary characteristic.

While Obama is a terrible president, he is doing nothing new. Presidents ever since Washington have issued executive orders (EOs) and the American people have tolerated them. Indeed, when presidents we like overstep their constitutionally defined limits, we set a precedent for presidents we don’t like to do likewise. What goes around comes around.

On his ninth day in office in 2001, GW Bush issued an EO creating the White House Office of Faith-Based and Community Initiatives, which was a very bad idea for biblical, constitutional and several other reasons. Shortly thereafter, someone with Focus on the Family just oozed with exuberance, saying that this EO showed that “the president means business.”

I am no prophet but I remember asking myself what this person would say if some future Democrat president issued an EO he didn’t like because he “meant business” in implementing a left-wing agenda.

If EOs ever got people angry it happened last week when Obama announced his 23 executive actions against guns.  There is no shortage here about which to be indignant. However, as my time is limited, I want to address Order #4 which will “Direct the Attorney General to review categories of individuals prohibited from having a gun to make sure dangerous people are not slipping through the cracks.”

Governments foreign and domestic have been making policy based on arbitrary distinctions for a long, long time. This is due to the fact that people have let them get away with it. And it is nothing new in America.

In the aftermath of 9/11, millions of Americans had no problem with the profiling of Muslims. After all, look at all the trouble 19 of them had caused. When they came for the Muslims, it was OK because the Muslims are, well, those people over there.

If Uncle Sam truly wanted to profile and otherwise restrict the liberty of a particular group of people based on a criminal history, he should have gone after the most violent and murderous demographic in America: unmarried men.

No, let’s not. That would be a bad idea. Why? Because I am an unmarried man.

It is always easy to say that your government should “do something” as long as they do it to somebody else. 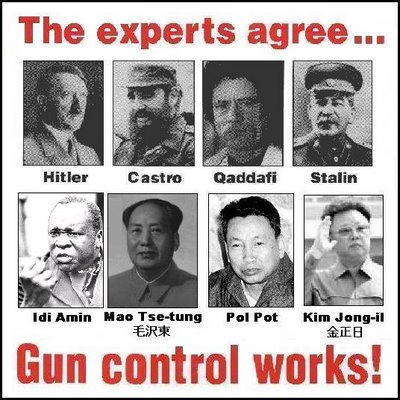 Now, Obama has decided that he can “direct the Attorney General to review categories of individuals prohibited from having a gun to make sure dangerous people are not slipping through the cracks.”

There has been a misguided notion for years that we should “disarm crazy people.” The world’s worst crazies have always risen to the top of governmental heaps. And what constitutes crazy? The old Soviet regime would put political dissidents in mental hospitals. Do you really want Uncle Sam to be the arbiter of craziness? Be careful what you ask for.

In 2009, the governor of Missouri issued the infamous MIAC report that branded almost anyone who ventured outside the 48-yard lines of acceptable criticism of government as “dangerous”. Read this PDF, especially the last three pages. As my back bumper is festooned with Ron Paul stickers, am I “dangerous”? Should I be disarmed?

And if POTUS can now arbitrarily categorize people as dangerous and thereby deny them their Second Amendment rights, what other rights can he capriciously deny?

Rogue dictators have routinely demonized entire races and classes of people and singled them out for murder. Consider the fate of Jews under Hitler, kulaks – i.e. affluent farmers – under Stalin, and landlords under Mao.

In Pol Pot’s Cambodia, one could be killed simply for wearing eyeglasses. It was assumed by those in power – i.e. those who still had guns – that people with glasses could be reading counterrevolutionary literature and thus constituted a threat to the regime. 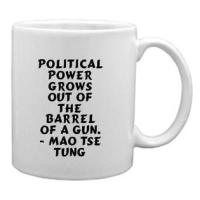 Our Bill of Rights is a set of firewalls against tyranny. And when these firewalls are breached, for whatever reason, and the infernos of tyranny rage, will you, reader, be able to avoid being burned alive? 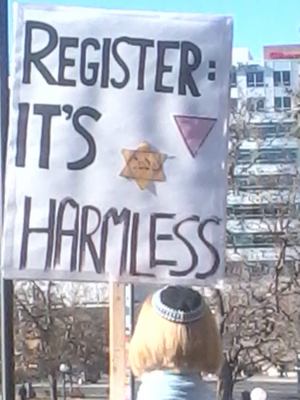 My name is Doug Newman. I live in Aurora, Colorado, just outside Denver. Food for the Thinkers is mostly about the connection between Christianity and libertarianism. Most Christians do not understand libertarianism. And most libertarians do not understand Christianity. Hopefully, this blog helps clear up those misunderstanding. Check out my old page at www.thefot.us And remember: When you let people do whatever they want, you get Woodstock. But when you let governments do whatever they want, you get Auschwitz.
View all posts by Food for the Thinkers →
This entry was posted in Uncategorized and tagged bill of rights, executive orders, gun control, miac report, militia, muslims, obama, racial profiling, ron paul. Bookmark the permalink.

2 Responses to Profiling: It’s Not Just for Muslims Anymore