Whose Rights Come First? Yours Or Mine? (Letter to the Editor from 1997)

Published in part in The Denver Rocky Mountain News on July 12, 1997. 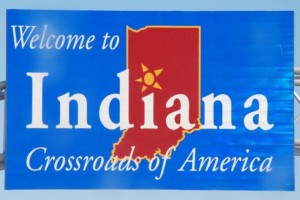 Living in a free society requires us to tolerate non-violent behavior which we may find unacceptable. It does not require that we condone such behavior, much less that we allow ourselves to be body slammed when we refuse to permit it on our property.

This is the distinction which eight Supreme Court justices failed to make when they rejected an appeal by Evelyn Smith, an unsuspecting California landlord, who claimed that state fair housing laws violated her Christian beliefs by requiring her to rent to unmarried couples. Such laws interfere with both religious freedom and property rights, both of which are guaranteed by the Bill of Rights.

I have no clue as to Mrs. Smith’s political leanings. For all I know, she may be as political as Kermit the Frog. She may well believe that laws against cohabitation are frivolous, superficial, and unenforceable. She simply disapproved of unmarried couples playing house refused to rent her property to such a couple. The penalty for this mundane decision was ten years of litigation ending in a decision which showed reckless disregard for the First, Fifth, and Ninth Amendments.

The scope of any right is, of necessity, limited by other considerations and, often, other rights. Mrs. Smith did not forcibly stop this couple from seeking another place to shack up. As a property owner, she has a right to decide what happens on her property. People routinely forbid smoking, drinking alcohol, and other legal activities in their homes. They pose no threat to anyone’s freedom. They are simply saying “do it elsewhere.”

John Stuart Mill wrote of the marketplace of ideas. We need to start thinking in terms of a marketplace of rights. While we may not condone their decisions, let us be tolerant of those people will not allow their homes, businesses, churches, and private organizations to be used for activities which they deem objectionable.

My name is Doug Newman. I live in Aurora, Colorado, just outside Denver. Food for the Thinkers is mostly about the connection between Christianity and libertarianism. Most Christians do not understand libertarianism. And most libertarians do not understand Christianity. Hopefully, this blog helps clear up those misunderstanding. Check out my old page at www.thefot.us And remember: When you let people do whatever they want, you get Woodstock. But when you let governments do whatever they want, you get Auschwitz.
View all posts by Food for the Thinkers →
This entry was posted in Uncategorized and tagged discrimination, indiana. Bookmark the permalink.

1 Response to Whose Rights Come First? Yours Or Mine? (Letter to the Editor from 1997)