By Doug Newman – email me
Follow me on Facebook.
Posted at Freedom4um, Veracity Voice, Ron Paul Forums, Reddit, Popular Liberty and Tumblr.
If you would like to post this article elsewhere, please just link to this URL, as I update my articles frequently. Thanks!

When Christians entangle themselves with the kingdoms of the world, they become worldly in the very worst way. — Pastor Gregory Boyd 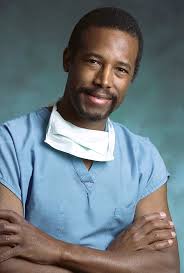 When someone becomes director of pediatric neurosurgery at Johns Hopkins at the age of 33, you need to admire such an achievement.

When, at 36, this same man leads a surgical team that separates Siamese twins who were joined at the head, you really need to admire such as achievement.

And when you learn that this man was raised in poverty by a single mom in the Detroit ghetto, you should simply stand in absolute awe of their life story.

But when this person gets serious about running for president of the United States, you need to start asking serious questions.

This person of such incredible accomplishments is Dr. Ben Carson. And according to this story, he has taken a “major step” toward a run at the White House.

What questions should you ask?

Does Carson understand his job description, i.e. the Constitution?

Does Carson understand the Second Amendment? Read his remarks here about semi-automatic weapons.

Does Carson understand the Ninth and Tenth Amendments? To his credit, Carson supports medical marijuana. However, he is all reefer madness when it comes to recreational marijuana.

And this has nothing to do with whether or not you yourself hit the lettuce. A government that will fine or imprison you for a victimless act like smoking marijuana will intrude on your life without end. And if you would fine or imprison someone for hitting the lettuce, you thereby forfeit your right to complain when an overbearing government intrudes on your life. Drug prohibition has turned the “land of the free” into the nation with the world’s highest incarceration rate.

And then there is the question of whether Carson understands constitutional limits on foreign policy and the military. Does he understand that there is absolutely zero constitutional basis for America being a “superpower” with a global troop presence? 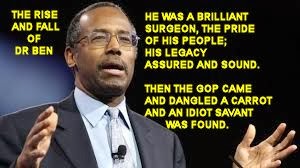 This is from a man who had originally opposed America’s invasions of Iraq and Afghanistan. But now, he serves up a lot of pre-election year pabulum to pander to the neoconservative base.

Carson also appears to be much more pro-Second Amendment than before. While I agree with his more recent remarks, I am a concerned about the timing. Can we truly trust a man who changes his positions when he appears poised to run for president? 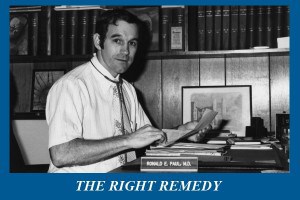 To be sure, Carson opposes Obamacare. However, he appears to support extensive unconstitutional federal intrusion in the medical marketplace. And if you are implicitly trusting of what a Carson administration would do with these powers, just ask yourself what would happen with these powers in the hands of some Democratic president some day.

Unlike Carson, Ron Paul had an impeccable pro-Constitution and antiwar voting record throughout his 12 terms in Congress. And he did not change his message when he ran for president.

Back now to the subject of war.

Carson is well known for his Christian beliefs. I will take him at his word. And he appears to have lived a morally exemplary Christian life. Has he now succumbed to the temptations of fame and politics?

He has no problem with America’s status as a “superpower”. What is Christian about this? When the devil offered Jesus unlimited political power – Matthew 4:8-10 – Jesus declined the offer. Why is it then that so many Americans who claim to follow Jesus are so enamored with America’s military might? 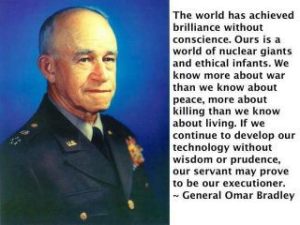 He calls the recent sanctions that Obama imposed on Russia “toothless”. What would “toothy” sanctions look like in real life? And is there anything Christian about barriers to trade? In the Great Commission – Matthew 28:18-20 – Jesus tells His followers to bring the Gospel to all nations, regardless of political circumstances. And when products cannot cross borders, bibles and missionaries can’t do so either.

And Carson craftily writes this essay without using the word “war” once. Again, what will Carson’s foreign policy look like other than global war? And who will be spilling their blood in all these conflicts? Will it be Carson or will it be kids from the South Bronx and the Oklahoma Panhandle whose names he will never know and whose funerals he most probably will not attend?

(Just in case anyone is interested, Carson himself never served a day in the military.) 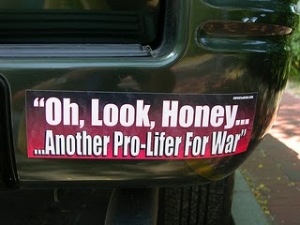 And can Carson be taken seriously as “pro-life” when he advocates so much militarism?

War is just like Obamacare or any other government program. Those who promote it would rather have their fingernails extracted without anesthesia than talk about its real world implications.

And I know Carson sounds well-intended. Did you ever hear a politician who didn’t sound this way?

There is an overwhelming temptation to believe that if we just put “good people” in power, they will wield this power benevolently. The difference between Ron Paul and Ben Carson is that Ron Paul understood the role of government and remained uncorrupted. Ron Paul would not compromise his principles for political gain. Carson, on the other hand, appears to be falling into way too much temptation way too soon. Indeed, it has been said that when you dance with the devil, you don’t change him, but he changes you. 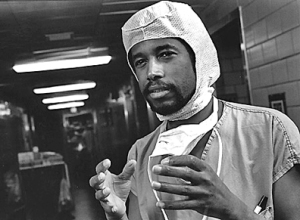 From separating twins joined at the head to raining bombs all over the world. Don’t do it, Doctor! (Credit: achievement.org)

Just the other day, I read the following status update on Facebook: “I have heard many warnings about addictive substances and activities. If only there were more warnings and more wariness about the allure and the addictiveness of power. ‘If any man desire to be first, the same shall be last of all, and servant of all.’ Jesus (Mark 9:35)”

As Christians, we pray “Lead us not into temptation” – Matthew 6:13.

Ben Carson has done way too much good with his life to squander his legacy in one of the most corrupt offices on earth, that of the presidency. (It was unspeakably corrupt LONG before Obama.) He could do so much more to benefit so many more people if he would just stay away from politics.

“But if we don’t get someone like Carson, we will wind up with Hillary!”

As Lew Rockwell once so succinctly put it, the right hates the left more than it hates the state. We need to fear God’s Judgment far more than we fear Hillary. Empires are the ultimate expression of human arrogance and hubris. As history shows, they all come to an end, and often a very ugly end. And if you are a Christian, read Revelation 18 and tell me who you think it is about.

It will take enormous courage for Ben Carson to eschew the allure of the White House. However, he needs to step aside and do it now if he truly is the genuine article.

My name is Doug Newman. I live in Aurora, Colorado, just outside Denver. Food for the Thinkers is mostly about the connection between Christianity and libertarianism. Most Christians do not understand libertarianism. And most libertarians do not understand Christianity. Hopefully, this blog helps clear up those misunderstanding. Check out my old page at www.thefot.us And remember: When you let people do whatever they want, you get Woodstock. But when you let governments do whatever they want, you get Auschwitz.
View all posts by Food for the Thinkers →
This entry was posted in Uncategorized and tagged afghanistan, ben carson, hillary clinton, iran, iraq, obamacare, president, russia, syria, ukraine, war. Bookmark the permalink.