Kelly Thomas’ killers “were doing their job. They had no malice in their heart.”

On July 5, 2011, tax-mainlining thugs in Fullerton, California, beat, Kelly Thomas, an unarmed, mentally-ill, homeless man to death. The entire murder is documented on the following video. Watch the video and decide for yourself what happened. The struggle starts at about the 15:00 mark.

Today, they were acquitted.

John Barnett, the attorney for one of the killers, had this to say: “These peace officers were doing their job. They had no malice in their heart.”

Be very, very careful when googling “Kelly Thomas”. The pictures you will see will make your stomach do 360s. I have had to block several posts on my Facebook feed this evening. It reminds me of when George Orwell said “If you want a picture of the future, imagine a boot stamping on a human face forever.” 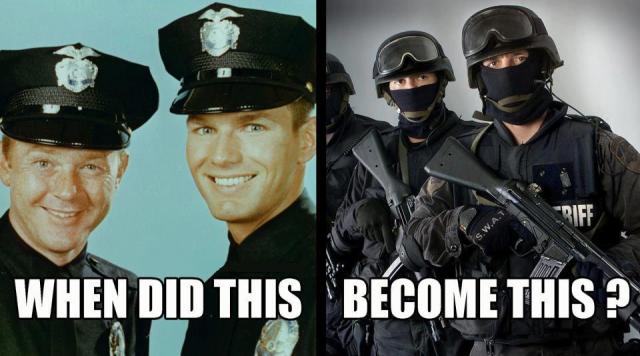 When I was growing up somewhere in the swamps of Jersey, “local cops” came just before “cherry tops” in a Springsteen lyric. (There are 2 other references to The Boss in that sentence.) Oh sure, they were a minor annoyance. But they were, for the most part, trusted members of the community and worthy of respect. In the last few decades, and especially since 9/11, they have morphed into an occupying army.

How did this happen? Just like any other aspect of tyranny, it metastasized with the blessing of the American people. Every bad thing that is happening in America has been happening for decades. When you place implicit trust in any governmental entity it inevitably grows out of control. The police are no exception. Those on the political Right, who insist they believe in liberty, had no problem with the police state until the current president took office. They told us again and again that we had to give up some liberty if we wanted to remain safe from drugs, terrorism, etc. 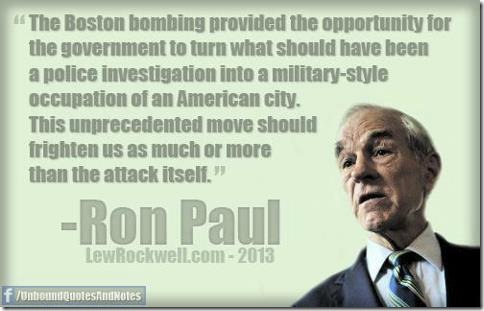 The Bill of Rights is dying because of the failure of the American people to insist that each of these rights be enforced vigorously. (That includes the Third Amendment, which is currently being invoked in this case near Las Vegas.) They remain for the most part ignorant about what these rights mean at the street level. They will moan and groan all day long about what the president is doing but will they ever meet the president? Meanwhile, they remain more ignorant than dog crap about their rights at a traffic stop, let alone their rights and powers should they be called to serve on a jury.

Watch the above video again and tell me what you see. Cops are doing this all over America and getting away with it. We need to be just as outraged by this as we are about the IRS, Obamacare, etc.

“But he must have been doing something wrong.” Fine, then. TELL ME WHAT!

And if the cops can just haul off and kill Kelly Thomas because “he must have been doing something wrong” they can do likewise to you.

Just because one rocks a blue uni and mainlines tax money and donuts does not elevate one above the rest of society. Murder is murder, no matter who does it. And until more people realize this, there is little hope for liberty in America.

We now return to our regularly scheduled twerking. 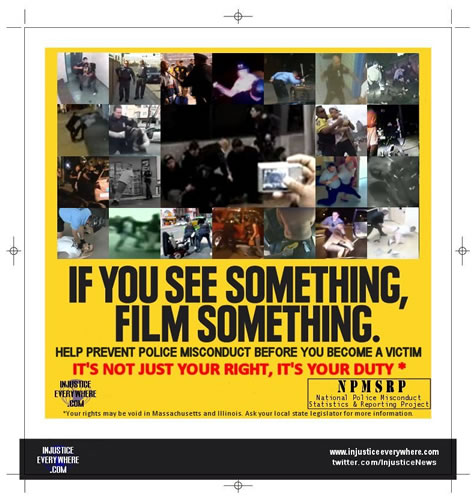 My name is Doug Newman. I live in Aurora, Colorado, just outside Denver. Food for the Thinkers is mostly about the connection between Christianity and libertarianism. Most Christians do not understand libertarianism. And most libertarians do not understand Christianity. Hopefully, this blog helps clear up those misunderstanding. Check out my old page at www.thefot.us And remember: When you let people do whatever they want, you get Woodstock. But when you let governments do whatever they want, you get Auschwitz.
View all posts by Food for the Thinkers →
This entry was posted in Uncategorized and tagged kelly thomas, police brutality. Bookmark the permalink.

7 Responses to Kelly Thomas’ killers “were doing their job. They had no malice in their heart.”