We Might as Well Face It, We’re Addicted to War

Two weeks ago, I had never heard of South Ossetia and I could only tell you four things about Georgia.

Now, Bush, Cheney and McCain are foaming at the mouth over a purely regional conflict involving Georgia that has no bearing whatsoever on America.

RR in suburban Denver sent me a very lengthy article the other evening about the libertarian approach to all of this. While it appeared to contain many fine points, I just skimmed it as I did not have time to read it. My reply went something like this:

I am over it. Over America’s endless involvement in every last conflict around the globe. Over our military presence in 130 countries. Over our belief that this superpower thing will last forever.

As Bob Strodtbeck wrote recently on EtherZone, “If great empires continued through perpetuity, then we would all be Babylonians.”

Empires always fall. 800 years ago, Mongolia was the mightiest empire on earth. And what is Mongolia now?

Oh sure, Americans think we are all that. However, as the Bible says:

“Pride goeth before destruction, and an haughty spirit before a fall.” (Proverbs 16:18)

Jefferson once stated, “Indeed, I tremble for my country when I reflect that God is just; that His justice cannot sleep forever.” I profoundly believe that God is getting ready to slam America hard for its pride and arrogance.

Our Founders gave us the greatest system of government in the history of the world. One of the countless ways in which we have rejected it is our military adventurism. Indeed, our Constitution forbids so much as a standing army.

Consider these prophetic words from John Quincy Adams: “America goes not abroad, in search of monsters to destroy. She is the well-wisher to the freedom and independence of all. She is the champion and vindicator only of her own. She will commend the general cause by the countenance of her voice, and the benignant sympathy of her example. She well knows that by once enlisting under other banners than her own, were they even the banners of foreign independence, she would involve herself beyond the power of extrication, in all the wars of interest and intrigue, of individual avarice, envy, and ambition, which assume the colors and usurp the standard of freedom. The fundamental maxims of her policy would insensibly change from liberty to force…. She might become the dictatress of the world. She would be no longer the ruler of her own spirit…. America’s glory is not dominion, but liberty.”

When W took office in 2001, he promised that America would be a humble nation. After 9/11, we became the most arrogant nation on earth. You couldn’t go five minutes without hearing that 9/11 happened because America was wonderful and because the Muslim world sucked.

The Founders gave us a tool with which to fight such things as piracy, terrorism and other such non-state crimes. It was called a Letter of Marque and Reprisal (LMR), which is a kind of warrant.

If, for instance, Uncle Sam has probable cause that – to paraphrase Chris Isaak – Osama did a bad, bad thing, let Congress issue a LMR to go after Osama. Perhaps you can send some Marines, SEALS and Rangers to take care of business. However, you do not need to start multiple wars over it.

War is a horrible thing. And our power elites just cannot seem to get enough of it. General Robert E. Lee once remarked that “It is well that war is so terrible, or else we might grow too fond of it.”

Most of the politicians, pundits and preachers who so recklessly agitate for war have never lifted a finger to serve one day in the military. However, they sure love to talk about war in theory. Perhaps if they actually made some personal sacrifices for the wars that they glorify, they might think differently.

You have to give Cindy Sheehan one thing: she made a sacrifice in the Iraq War. What have those who so roundly condemn her ever sacrificed? What has Glenn Beck, who called her a “tragedy slut”, ever given up? For some of these people, “sacrifice” means seeing a Ron Paul yard sign. I would love to see these people make a real sacrifice and see if they are still so slavishly devoted to the cause.

My Microsoft Word spell checker is surprisingly comprehensive. I am quite impressed with the words it does not underline in red so as to remind me to check my spelling. One word that was lined in red when I sat down to write this was “Ossetia.” South Ossetia was that obscure.

I am not a pacifist. If another nation comes here to fight a war, then, dadgummit, let Congress declare war and let’s get after it.

9/11, even if you buy the official story, was an attack, not a military invasion. It called for a limited response, such as an LMR. It in no way justified war on Afghanistan, war on Iraq and the proposed war on Iran.

A war on terrorism is a frivolous concept. Terrorists are horrible people who vent their grievances in very bad ways. However, they do not even control the government of Afghanistan. So the idea that World War III is necessary to stop terrorists from taking over America is absurd beyond words.

I am not afraid of radical Islam. America has no duty to destroy Islam. And terrorists are not going to “follow us over here” if we bring our troops home.

Again, let us remember the words of Thomas Jefferson: “Peace, commerce and honest friendship with all nations — entangling alliances with none.”

The purpose of the military is to defend the borders and the shores and be done with it. Currently, America has troops in 130 countries and our own borders resemble a screen door on a submarine. 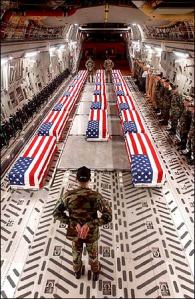 I have never had kids, so I am not going to tell you how to raise yours. However, I would not encourage anyone to join the military nowadays. Our soldiers, sailors, airmen and marines are being used for purposes that have nothing to do with our borders and our freedoms. Do you want your kids to be meat on the hoof for all of this? Do you yourself want to do any of the heavy lifting?

If the only tool you have is a hammer, everything begins to look like a nail. America, it seems, cannot look at any situation anymore without calling for war. Yes, we live in a messy world where people hate us and sometimes do bad things. But not every slight is grounds for war.

To paraphrase Robert Palmer, we might as well face it, we’re addicted to war. This is an addiction we can not afford any longer.

I have a good friend, age 58, who had a recent health scare that prompted him to quit smoking cold turkey. I am happy to report that, despite temporary inconvenience, he is going to be okay. I pray that America gets over its war Jones so uneventfully.

My name is Doug Newman. I live in Aurora, Colorado, just outside Denver. Food for the Thinkers is mostly about the connection between Christianity and libertarianism. Most Christians do not understand libertarianism. And most libertarians do not understand Christianity. Hopefully, this blog helps clear up those misunderstanding. Check out my old page at www.thefot.us And remember: When you let people do whatever they want, you get Woodstock. But when you let governments do whatever they want, you get Auschwitz.
View all posts by Food for the Thinkers →
This entry was posted in Uncategorized and tagged bush, cheney, georgia, McCain, obama, russia, south ossetia, syria. Bookmark the permalink.