None Dare Call It Dictatorship

By Doug Newman
Follow me on Facebook
~~~~~~~~~~~~~~~~~~~~~~~~~~~~~~~~~~~~~~~~~~~~~~~~~~~~
Patriot Act, Military Commissions Act, Faith-Based Initiative, No Child Left Behind, Medicare Part D, TSA, DHS, two undeclared wars, taxvictim funding for the baby killers at Planned Parenthood, outspending Kim Jong-Bill Klinton by $1 trillion per year and adding $5 trillion to the debt, and much more … if any Democrat president did this the outrage from the Right would be endless. However, when GWB did all these things, those on the right looked the other way. If you didn’t hold Bush accountable, please don’t moan and groan at me about Obama. He is EXACTLY who you deserve.

I sent the letter to my e-mail list, and got the following response from a recipient: “What kind of government would do something as outrageous as this?”

I replied, “A dictatorship would do this.”

Such was my reaction this past week when President Bush announced a decision to impose a 30 percent tariff on imported steel. Did anyone notice how president simply imposed a tariff without a vote by Congress? There was no debate, no nothing. The president simply raised taxes. What kind of president would do something as outrageous as this?

A steel mill in China.

Can you imagine the sound and fury from Republicans had a president Al Gore done something like this? A special interest group feels the economic pinch and tightens the screws on the president to grant them a favor and to win votes for him and his party in places such as Pittsburgh, Pennsylvania and Gary, Indiana. The president, without batting an eye, grants them their wish by unilaterally imposing a new tax.

In Florida in 2000, Libertarian candidate Harry Browne no doubt got more than the 538 votes needed to cover the spread and deliver the election to Dubya.

Time and again, they tell me that, by supporting the Libertarian Party, I take votes from the Republicans and pave the way for Democratic victories. Does it really matter anymore? At least when Clinton raised taxes, he did so with prior congressional approval.

Let’s admit it: we live under a dictatorship. Oh sure, we have elections. And, oh sure, I can write this column without fear of imprisonment on the North Slope of Alaska. But we have moved so far from what could be described as a free country that most Americans would not recognize freedom if it landed on their head in the form of a 16-ton weight. Indeed, how many Americans even care about freedom anymore?

What was Bush’s source of authority for imposing such a tax increase? Who knows? But even assuming that federal law (maybe it was one of those newfangled “free trade” agreements) permitted it still does not justify such an act. The law permits plenty of objectionable things. Abortion, pornography, joining the Ku Klux Klan, and public flag desecration are cases in point. What happened at Auschwitz was permitted under the laws of the Third Reich. That which is legal and that which is desirable are often very different.

The one and only Joe Sobran.

The Declaration of Independence speaks of, “a long Train of Abuses and Usurpations, pursuing invariably the same Object, (evincing) a Design to reduce them under absolute Despotism.” The always-quotable Joseph Sobran once said that the size and intrusiveness of our current form of government makes the “Train” of King George III resemble a caboose.

All the fiery rhetoric of the Founders was directed at a “tyrant” who taxed his subjects at a rate of about three percent. Today, we in “the land of the free” are taxed at about 50 percent when you add federal, state, and local taxes. What kind of government would do this?

I wrote this five years before the R3VOLution began.

The Declaration of Independence lists among the grievances against King George III, “imposing Taxes on us without our Consent:” Only dictators govern in such a manner. Not only do we have one-party government any longer, we have one branch of government. The Founders gave us three branches of government so that, when one branch stepped out of line, another branch could say, “We don’t think so.” Thus far, only the venerable Congressman Ron Paul (R-Texas) has criticized President Bush’s naked act of tyranny. There has been no other challenge from Congress or the Courts. Nor will there likely be one. 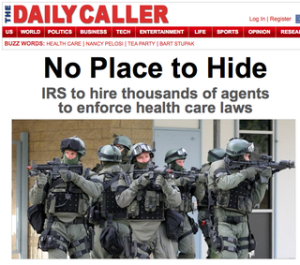 It was a long time coming. Long before Obama.

The Founders also took King George III to task for “(erecting) a Multitude of new Offices, and (sending) hither Swarms of Officers to harass our People, and eat out their Substance.” Consider the IRS, DEA, FDA, DOE, DOT, BATF, EPA, OSHA, and all the other unconstitutional alphabet soup agencies that infest our landscape. (Look how Bush created the cabinet level Office of Homeland Security by executive fiat, again, without congressional approval.) Once instituted, these agencies never go away. The only debate is over how best to run them. What kind of government would micromanage our lives like this?

King George III was a lot of bad things, but he never insisted that we educate our children in his schools. Indeed, there is no biblical mention of the Romans forcing Christians to educate their children in imperial schools. And yet the conservative establishment never questions the institution of state education. They simply think that if they put Bill Bennett or someone like that in charge everything will be fine. There is no biblical or constitutional basis for state education. State education is a policy prescription of the Communist Manifesto.

What kind of government would impose such a system on its subjects, and still force them to pay for it even if they decided to educate their children elsewhere? 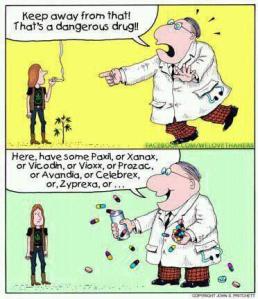 In the last two years I have had three relapses of an old back injury. This has complicated my life severely. There may well be either surgical procedures or muscle relaxing medications that could help me, and that are doing great things for people overseas, but that are not approved by the FDA. (There are medications of many kinds that are working quite successfully overseas that are verboten by the FDA.) What kind of government would make you a criminal for ingesting beneficial substances into your body?

You guessed it: a dictatorship.

But don’t we have representative government and doesn’t the majority elect our officials? Well, yes, but your right to vote does not imply a right to violate my rights. Someone far wittier than I once quipped that a democracy is where two wolves and a sheep take a majority vote on what’s for supper. Another wit followed up on this saying that a constitutional republic exists when the wolves are forbidden on voting on what’s for supper and the sheep are well armed.

(I hope by now that you have figured out what kind of government would disarm innocent law-abiding citizens.)

We have a Constitution that sets clear, defined limits on what the federal government can and cannot do. Just because something sounds good, or just because voting for something makes you feel good, does not authorize the government to violate someone else’s rights. Indeed, our current philosophy of government may be summarized in six words: If it sounds good, do it.

We have not even talked about the War on Drugs or the president’s post-9/11 domestic agenda. I know they sound good to a lot of people and I know they make a lot of people who support them feel all tingly inside. However, they are both excuses to tyrannize America even further. They are just two more examples of government run amok, which is just another way of saying dictatorship.

Toward the end of the Declaration of Independence, Jefferson wrote that, “A Prince, whose Character is thus marked by every act which may define a Tyrant, is unfit to be the Ruler of a free People.” Most conservatives would have no problem applying these last nine words to Bill Clinton. Yet when George W. Bush tyrannizes this country to a greater degree than Bill Clinton did, they are strangely silent. Why do they not subject Dubya to the same scrutiny as his predecessor?

My name is Doug Newman. I live in Aurora, Colorado, just outside Denver. Food for the Thinkers is mostly about the connection between Christianity and libertarianism. Most Christians do not understand libertarianism. And most libertarians do not understand Christianity. Hopefully, this blog helps clear up those misunderstanding. Check out my old page at www.thefot.us And remember: When you let people do whatever they want, you get Woodstock. But when you let governments do whatever they want, you get Auschwitz.
View all posts by Food for the Thinkers →
This entry was posted in Uncategorized and tagged dictator, george w bush, obama, Patriot Act, tariff, tyranny. Bookmark the permalink.