If Only Romney Had Won

If only Romney had won, gun owners would have had a friend and ally in the White House starting on January 20, 2013. 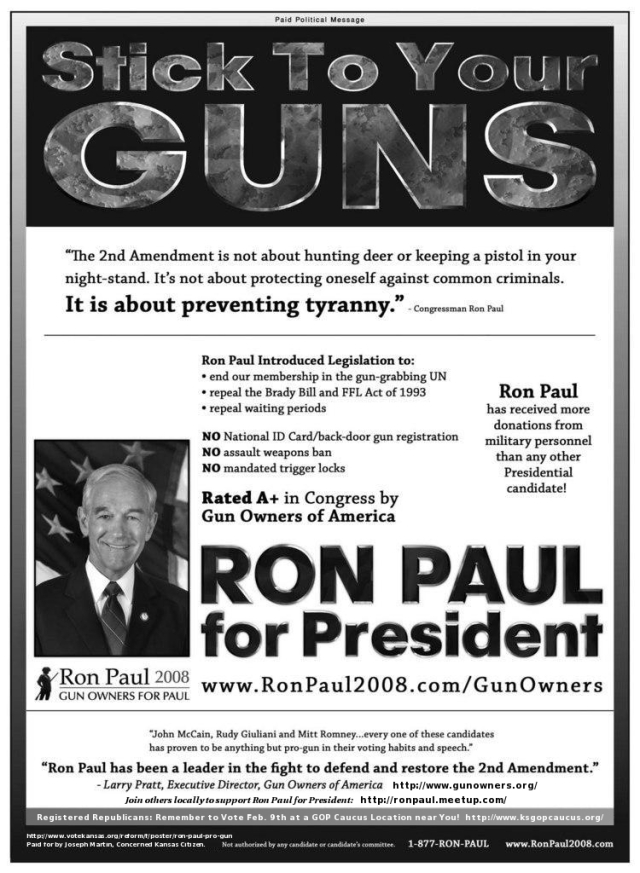 First response to this on Facebook: “If only Ron Paul had won.”

My name is Doug Newman. I live in Aurora, Colorado, just outside Denver. Food for the Thinkers is mostly about the connection between Christianity and libertarianism. Most Christians do not understand libertarianism. And most libertarians do not understand Christianity. Hopefully, this blog helps clear up those misunderstanding. Check out my old page at www.thefot.us And remember: When you let people do whatever they want, you get Woodstock. But when you let governments do whatever they want, you get Auschwitz.
View all posts by Food for the Thinkers →
This entry was posted in Uncategorized and tagged assault weapons, ban, gun control, gun owners, guns, romney, romney guns. Bookmark the permalink.

2 Responses to If Only Romney Had Won