Freedom before Football: Boycott the NFL

To paraphrase the 1978 tune “Dreadlock Holiday” by 10cc: I don’t like sports, I love them.

Even if you are not into sports, this still pertains to you.

It is about what you value. What are your priorities? Will you trade your birthright as an American for a few hours of entertainment pottage?

Will you draw the line now and speak up when the cost of doing so is relatively minor? Or will you wait until dissent equals treason and is punished by death? Tyranny is like cancer in that early detection is of monumental importance.

For the last few years, I have blogged rather extensively on the danger posed by enhanced security procedures at America’s airports. This danger is far greater than any posed by Islamojihadipsychopaths. TSA does not protect you at all. And if it is not stopped it will metastasize throughout society.

The NFL has been doing pat-down searches of fans since 2007. This week they announced they will be implementing enhanced pat-downs at all 32 stadiums. This will include frisking from the ankles to the knees and then from the waist up.

(Oh well, I guess the terrorists will just have to set off their bombs in stadium parking lots, five feet from the groping stations, in those massive crowds.)

This new policy was rumored to be in response to the incident at the Jets-Cowboys game last Sunday where a fan allegedly used a stun gun during a scuffle in the stands. However, the NFL now denies this. More likely, the new “best practice” of stadium gate rape is a result of the partnership between the NFL and the DHS that was announced before the most recent Super Bowl.

Watching my Steelers come up just a bit short in the Super Bowl.

Now it is going to be a condition of attending professional football games. How long until Major League Baseball, the NBA, the NHL and the NCAA adopt this vile practice?

If you are going to tolerate this at airports and sporting events, how long will it be until TSA starts stationing its flunkies at shopping malls and grocery stores? What about concerts, trade shows or other large gatherings? Are you willing to have your children molested at the schoolhouse door?

Are you willing to submit to random police stops and warrantless searches of your vehicle in the name of “safety and security?” How about cavity searches of yourself and your children?

And with the increasing federalization and militarization of local police agencies, don’t expect this to be purely federal. Don’t be surprised to find Officer Freundlich, who frequents your neighborhood Dunkin’ Donuts, to be in on the action.

And if you resist or question any of this, will you automatically be deemed a terrorist? Will you be presumed guilty until proven innocent?

This last question addresses the most ominous aspect of post-9/11 America. It has been said that on 9/11 a horrible crime was committed and on 9/12 the American people became suspects. And this new breed of suspect does not enjoy the presumption of innocence that had been the cornerstone of American law since 1776.

What kind of country do you want to live in? North Korea is often portrayed as a left-wing utopia with no market activity, “free” single-payer health care, etc. It is also a right-wing utopia with the world’s most aggressive national security apparatus. The left and the right may talk differently and appeal to different fan bases, but they are taking us down the same hellish road. 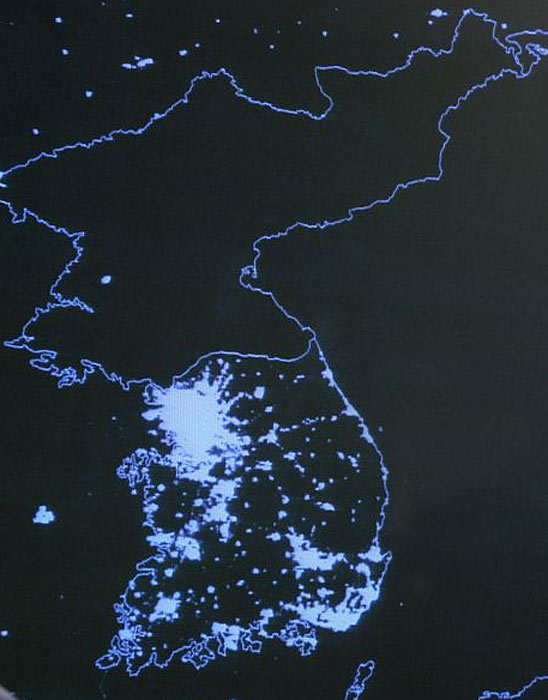 Be careful what you ask for.

This wall was built because the government on one side of it – you guess which – forbade its subjects to leave. Even THIS government did not claim the authority to feel up its subjects.

Alex Jones is right: boycott the NFL! And don’t just stay home from the games. Don’t even watch them on television! This will be tough for a lot of folks, including me. I ask again: what do you value? Will you give up some entertainment pottage in order to start the return to a free society? Or is your mind so numbed by “bread and circuses” that you just don’t see what is happening here?

And when people want to talk to you about the Broncos, my beloved Steelers, da Bears, or about Brady, Vick, Polamalu or Tebow, talk to them – politely, now – about the totalitarian evil in which the NFL is complicit.

On November 18, 1968 the New York Jets played the Oakland Raiders in what will be known forever as “the Heidi game.” With two minutes to go, the Jets led the Oakland Raiders 32-29. Abruptly, the telecast of the game ended and the movie Heidi – about a 7-year-old girl in Switzerland – began as scheduled by NBC. No one saw it on TV, but the Raiders scored two touchdowns in the last two minutes to win 43-32.

I close with an action item. This Monday, let us flood the switchboards at NFL headquarters in New York and voice our displeasure with the NFL’s unholy alliance with Homeland Security and their vile practice of feeling up their customers. Their number is 212-450-2000.  You can also email them here. Please be civil.

If you would like to post this elsewhere – who knows why? – please email me and include a link to this URL. Thanks!

My Email to the NFL about Why I Am Boycotting Them This Year.

The NFL lobbied the FAA to have surveillance drones fly over Lucas Oil Stadium in Indianapolis during the last Super Bowl.

12 Responses to Freedom before Football: Boycott the NFL